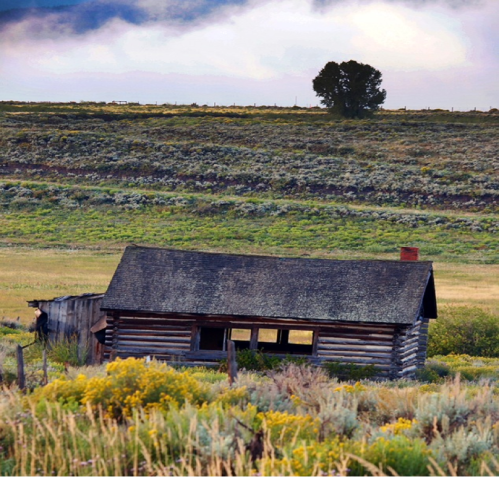 Fifty-four years had passed since he last took the switchback
leading to the old ranch. He remembered riding standing up
in the bed of the truck wearing his first pair of pint-size ropers
with no socks and carrying a pocket knife.
As he drew closer, the low rumble of the diesel and scent of the sagebrush
gripped him. He pulled over leaving the truck silent, loaded with lumber
and the door open. Inside, hanging from the rearview mirror was a cross,
made of fool’s gold, sending prisms with the breeze.
Silas perched himself on the boulder.
Leaning back and crossing his feet he fiddled with the season’s blade of grass,
tasting it. His eyes fell into the shadow from the brim of his canted Stetson.
It was time to tend to his grandfather’s unfinished dream.